The worst of the heat is over, mùa thu has started. The season all Hanoians love most. Autumn. Don't be fooled though. It is still above 30 degrees. But we haven't seen 38 in a while. The weather is moving between heavy rain and very bright sun a couple of times a day. Mid-autumn festival is around the corner, a children holiday.

Everywhere on the streets there are vendors selling mooncakes. This weekend the city is more quiet than normal, due to another holiday. Independence Day! No work on Sunday and Monday. A rare opportunity for most people here to create a long weekend and go back to their hometown or quê. This metropole of around 15 million people is mostly populated by people who themselves say they are "from the countryside". With which they basically mean any place in North Vietnam other than Hanoi. Even people from smaller cities use this term, so I guess its just the way they explain it here. Most of them have come to Hanoi to study, and stayed for work.

Or at least that's what they tell their parents back home. But I think many just didn't feel like going back to living with their bố and mẹ again ;)

But living with, or visiting is of course a huge difference. Family bonds are strong and genuine. So they do go back en masse when they have ngày nghỉ to do so.

Fine with me, means one less traffic jam towards tonights classes!

We will see what kind of curious things I will find this weekend, anh rất tò mò.  But first, post nr. 14, here we go.

Let's dive right into something typical. 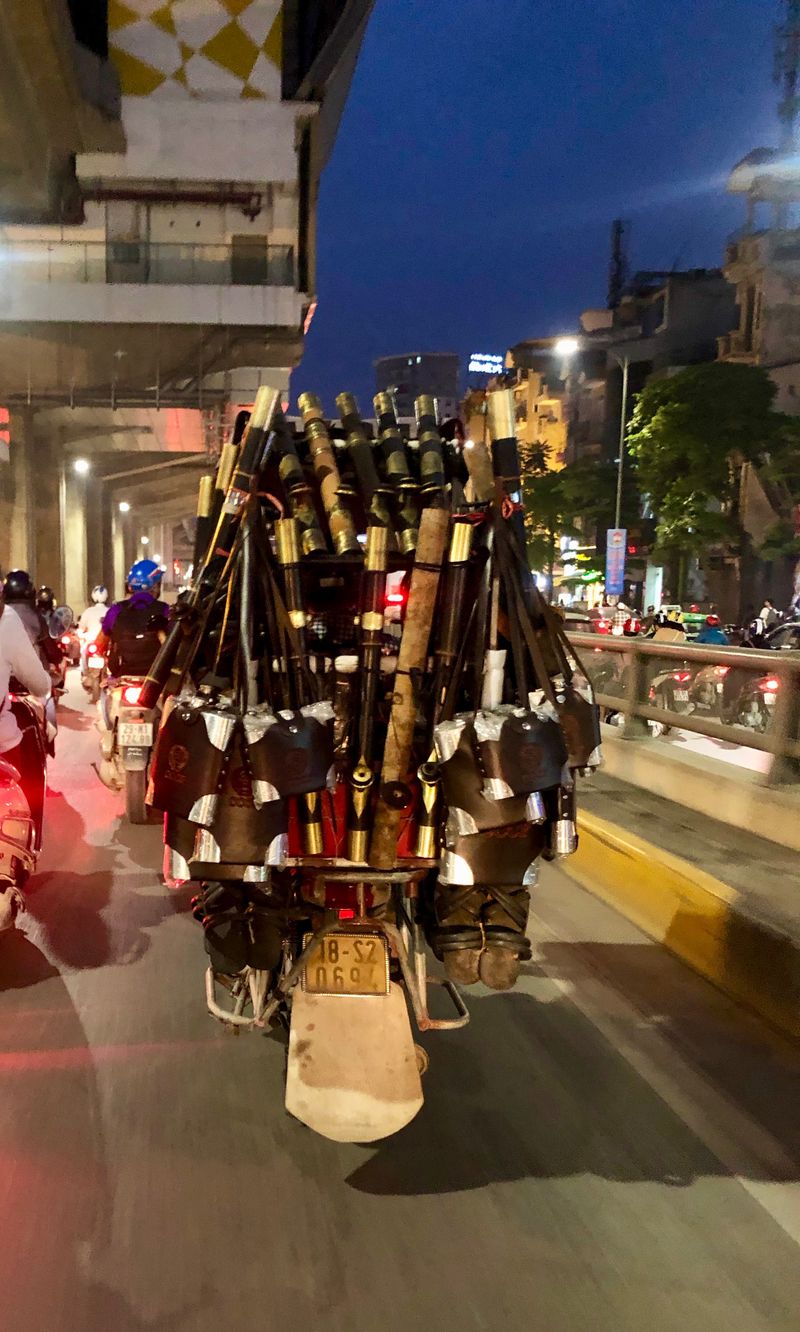 You might be wondering. What kind of bazooka's is this guy driving around with?

These are loved by the Ta. And feared by the Tây.

You can see Vietnamese men of all ages use them all day long. When they do, you hear a sucking sound of water and bubbles. But then less cute than it sounds when I just wrote it down.

When Westerners do it, you mostly hear laughter. Or see youtube videos of them crawling around on the floor in pain.

When Vietnamese do it, they stand right back up and go on with their day. Whether that is going back to work or drive away on their bike into busy traffic.

What we are seeing here, are the (in)famous thuốc lào. The bong used over here to smoke heavy thuốc lá, which translates to medicine leaf, or as you know it, tobacco. A nicotine high that cigarettes in the West could never prepare you for.

Long time readers of this blog know of the weird ways benches are being placed in this country. Often right in front of trees. Or facing away from nice views. But. You know what? At least there are benches. And many. Everywhere. All donated by some công ty. 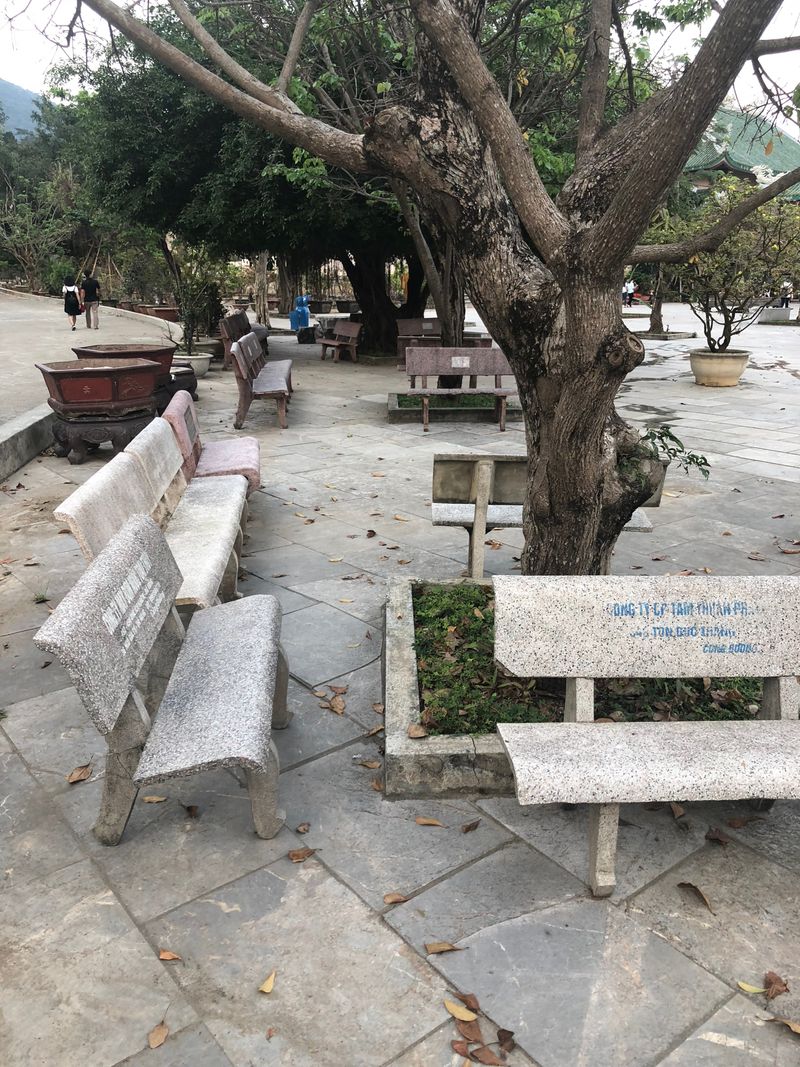 Pretty nice of these companies to do so. But as with so many projects in Vietnam, it feels like halfway placing them, they decided to go do something else. 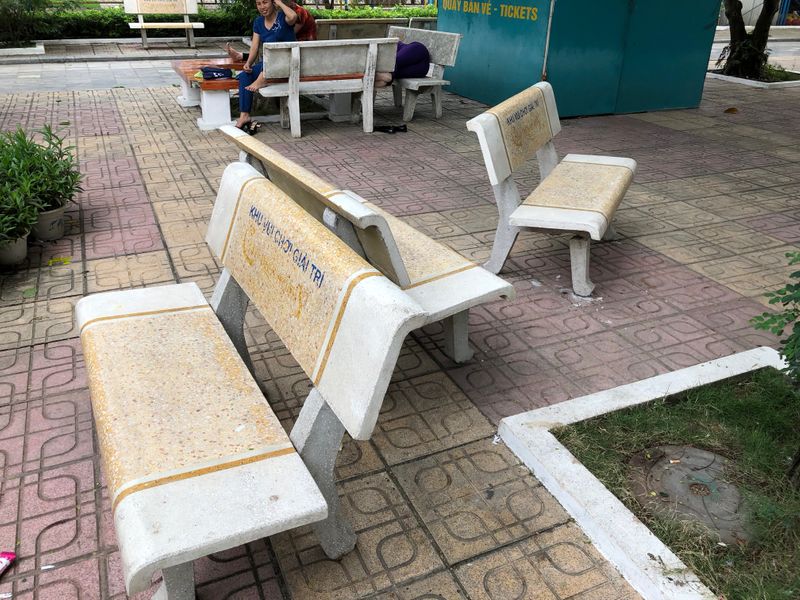 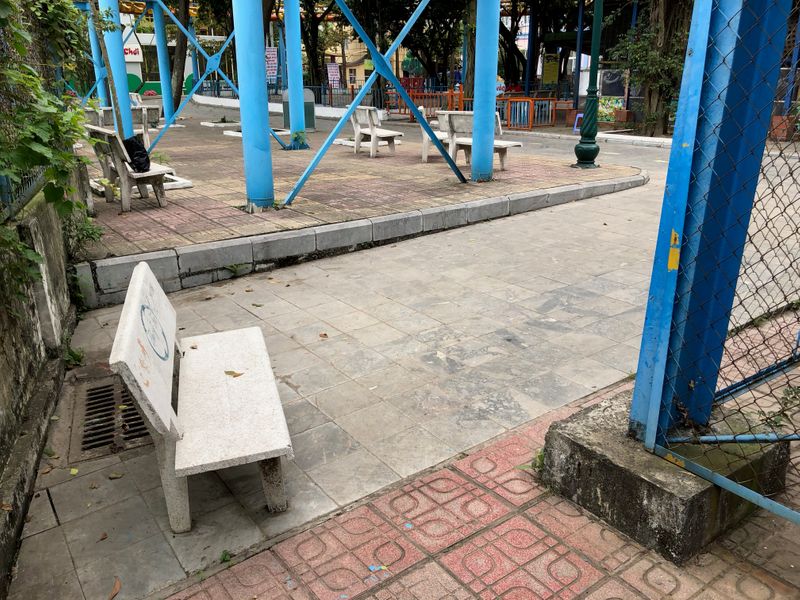 Gotta put them all somewhere.

Some time ago I went to the women's museum. A museum full of traditional clothing, old pictures of the lives of women in the countryside and a room full of stuff about weddings. With one big samurai sword. 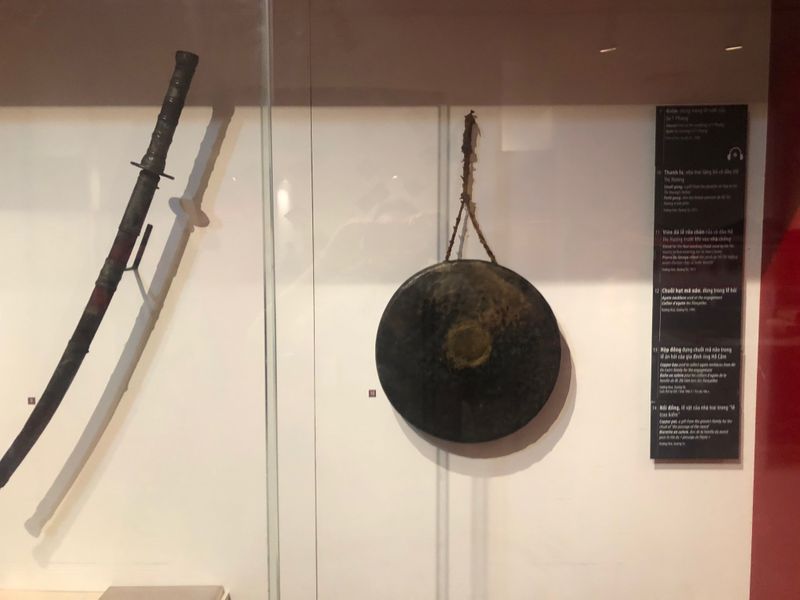 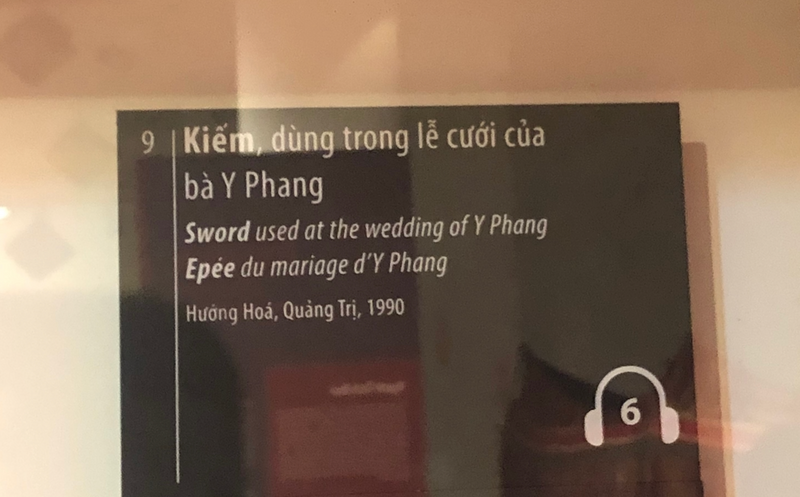 Lately I have been running in park Thống Nhất, costs me 3000vnd (11 cents in euro). Most parks do not charge entrance fee, but this park is a bit bigger, has a little train, a circus and even a tiny amusement park. Every morning the local police force does their little parade and morning routine here and I'v seen them doing (unloaded) shooting exercises. This is a park with no trash and a list of rules written at the gates.

But hey. Well kept park with rules and the whole police corp around or not. If you want to swim, you swim. 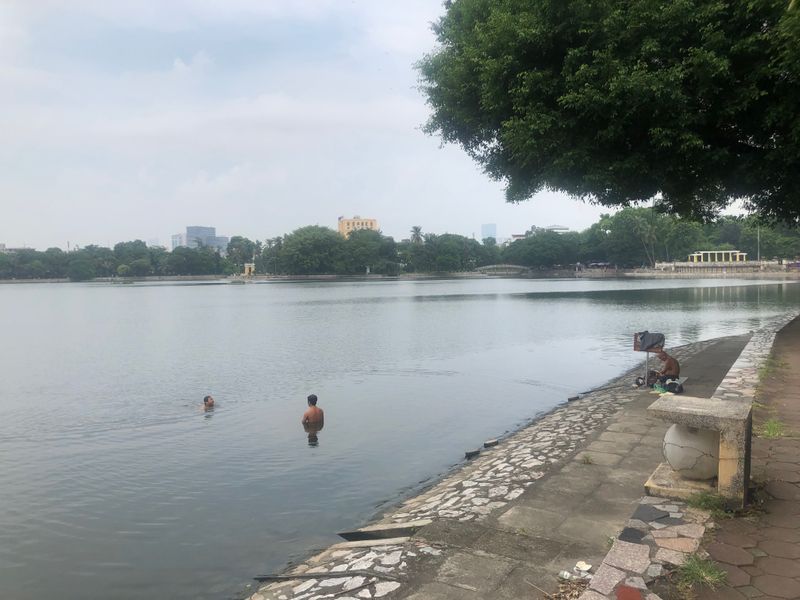 And just use the "Cấm bơi" sign as a convenient place to hang your clothes.

Rules are meant to be broken. In the spirit of Vietnam I have also strayed away of my bi-weekly blogpost plan. The weeks have flown by and I was busy doing other things. Plus. After living here 3/4 of a year, I guess I am finding a less steady stream of curious things. Could be because I have captured most already. Or because I am getting used to the madness. Either way. From now on a new one every time I feel like it :)