Poverty Is A Slaughterhouse

Many people living in their childish dream world, avoiding admitting to themselves what is happening, when they take money from the public sphere.

But this is not everything. There is a more serious thing which is ignored by the public.

Let’s say we have a scale with 5 categories. Number 1 is the absolute riches, number 3 is the middle class and 5 is the absolute poor people, who can die anytime in poverty, such as starvation.

They are the public sphere. Whomever you take money from, you take from the whole.

Now the biggest problem is the category 5. It is life-threatening poverty, meaning that the slightest losses going to cause deaths.

It means if you take $1 dollar from anywhere by force, there going to be somebody, who going to die on the lowest level. If you need $10 for surviving, but you have only $9, you are dead. This is that simple.

If you don’t like my $1 example, just rise the numbers to a couple thousand. What these taxes are robbing is billions of dollars anyway.

Since the 99% of the rules, laws, regulations and taxes are designed to hold back the human progress, they are causing money losses. And money losses causing life losses.

Now of course, money is constantly being generated. This means if I take $1, but capitalism produced $2 at the same time, nothing happened, except the unseen damage, which is the restrained progress. But it still causing deaths, since many people can’t survive if the things not going to change soon. This means you can live on the streets for 1 year, but not 2 years. And encumbrance forces you to stay one more year, which is going to kill you. Or the solution of a deadly disease going to be restrained, and you going to die before they manage the cure.

Note that I am not talking about the general population, I talking about the number 5 currently. The absolute, life-threatening poverty. Maybe you not going to die in starvation, maybe you make a desperate move to commit a crime, or you going to be outraged by frustration and you kill somebody. It doesn’t matter. Something going to happen on the lowest level. Maybe the riches postpone the car shopping for a year, but on the lowest level, someone going to die.

Now category 5 has immediate results if something happening. But category 4, which is the general poverty also kills the people, just not suddenly. We talking about all the poverty-related deaths, such as accidents by low quality stuff, crimes by frustration, deaths by epidemics and deaths by being unable to afford healthy foods, medicine, etc. And of course in case of crimes, almost every crime have to have a victim. So poverty generating both criminals and victims at the same time, and of course, the victim is usually not poor.

My whole point is that these rules are killing the people. Whatever silly rule comes, people going to die because of that. In undeveloped countries where the number 5 covers a lot more people, the losses would be a lot more too.

Venezuela's hospitals are in the dark, and people are dying 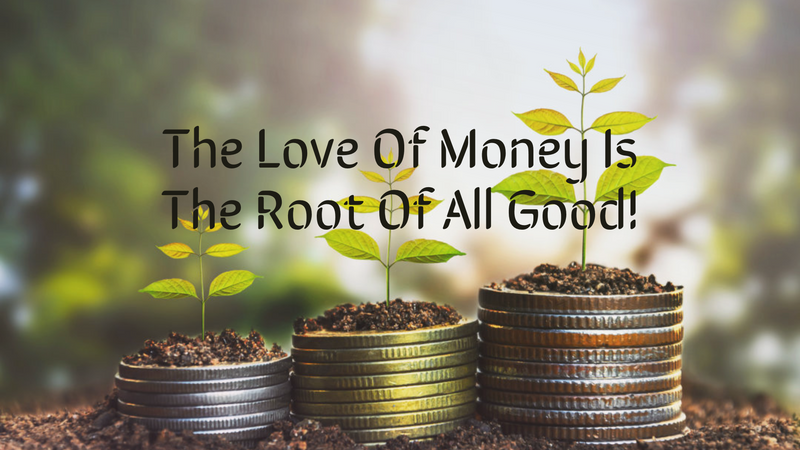 Hating it is the root of all evil!


So what many people refuse to realize that they are supporting an institution and/or an idea, which constantly killing the people, if the wars they produced wouldn’t be that obvious. I am not talk about just the leftist, but the politicians in general. It is like a slaughterhouse for humans, and the people who sending their fellow men into that are those, who saying the following:

Loving money is the root of all evil. Meaning: sending people to the death and discouraging the others to help them.

God loves more the poor than the riches. Meaning: sending people to the death and discouraging the others to help them.

We should ban the so called “sweatshops”. Meaning: take away the only available income source from the people, force them to live in the streets and discouraging the others to help them.

We should rise the minimal wage. Meaning: make unemployed people who were already in category 4, so they can easily fall in the category 5.

Rich people are evil, greedy bastards, and there are no honest riches whatsoever. Meaning: discourage the people from being one of them, so they going to fall below one category, and below the category 5 is the death itself.

Capitalism is evil and it is killing the planet. Meaning: discourage the people from being productive and push them into poverty, which is kills them.

Physical-work is noble, mental-work doesn’t work at all. Meaning: the solution to any problem going to be restrained, including the pollution, since people supporting the muscle-capacity of the world instead of the thinking-capacity. But we don’t really need muscle-capacity any more. It is obsolete. That’s why we have machines.

There are more important things than money. Meaning: pushing people into poverty, which kills them. The importance of the money is equal to the importance of the oxygen. You can’t say that humans are more important than money, since it is apples and oranges, except, there are no apples without oranges in this case. Money is what sustains our life. Nobody can be alive without money who born SINCE the usage of money, because there is only so much humans what the barter system could sustain. The same applies to cars, phones or whatever invention caused more efficiency. If this efficiency are gone, the humans would gone with them.

Money doesn’t buy happiness and it is just materialism. Meaning: discouraging the people to having money, so they going to spend it on garbage which is polluting, and increasing the basis of poverty, which is kills the people. The only thing you can buy with money is happiness, since the people are working on stuff which make others happy, and nobody have the slightest idea what materialism means anyway. You can't say that billions of humans can't make you happy and solve your problems.

So basically every money-, rich-hater, anti-capitalistic propaganda killing the people literally, without doubt. 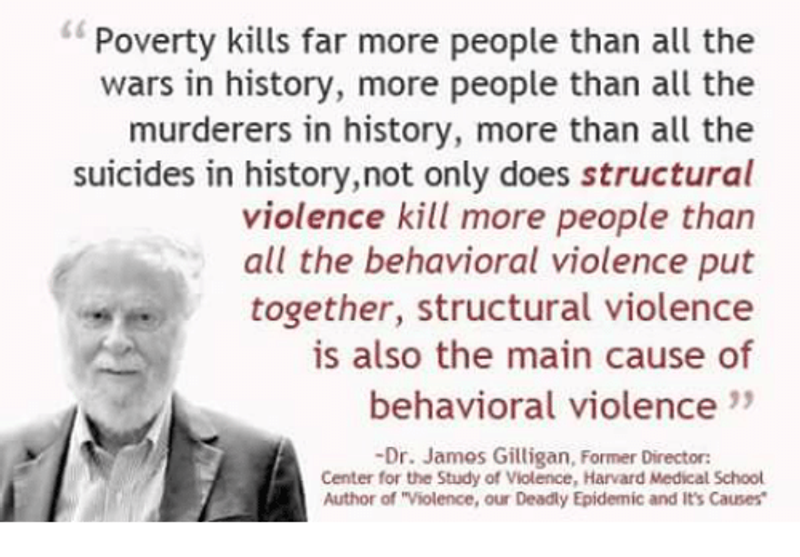 Ironically, the people who advocating them are think that they are all-heart persons with good intentions, who want to make everybody happy (except the riches). They are God’s employees, they bring the peace, they are enlightened and they go to the Heaven. But they are indirect killers. That’s the truth they should realize. And of course, they should not confuse capitalism with the governments, since the governments are the biggest anti-capitalistic devices of the world, and those business people who colluded with the governments stopped being capitalists any more.

Even if some factory owner is polluting the environment for short-term gain, it’s not going to kill the people more than the poverty. But I doubt that such people are exist outside of the governmental-sphere, since if you damage the environment deliberately, you damage your own business. Sooner or later the press going to catch you and the business would be over. So true capitalists are always aiming for long-term profits only.

Tax: taxes in general meaning that you don’t have the right to your own money you made. Company taxes means the government are your co-owner, but this co-owner does nothing other than taking the money from you, without any pre-investment like the stock market. Progressive taxation means that you don’t have the right to be rich, what you clearly figured out yourself. Of course, no one would oppose for a minimal taxation, but we are light-years from that “minimal”. And the more taxes we pay, the less money is generated by the public, so less taxation would actually mean more government revenue, so the whole shit is designed just to hold back the human progress. More taxation generating LESS money. It is money WASTE, which is crystal clearly can be seen in the government debt and in the recessions. Therefore we can came to the conclusion that governments want control and not wealth.

Unions: worker’s unions means that you don’t have the right to control and manage your own company. Your labourers acting as co-owners, like the government, and they have the same effect. They can’t make their own companies, so they taking yours. But since you are the owner, it means you should have total control over your business, since it is yours, and this ownership is absolutely no different from owning a car. It is just common robbery, and nothing else.

Safety rules: they meaning that you don’t have the right to your own body. Of course, if you are wounded, you putting pressure of the public health-institutions, but who said it most be public? Why it can’t be private?

Bureaucracy: red tapes meaning that you don’t have the right to your own time. You need to fill that paper and need to go there to speak whit that person, etc. Just to fight against the retention.

Other rules, laws, regulations: they meaning that you don’t have the right to your own free will any more, even if you don’t hurt anybody. The more the rules, the less your rights.

These are nothing but the modern forms of robbery. They are sophisticated, but it doesn’t change anything, except that the public have a hard time to understand, especially after their non-existent (financial) education.

The one and only thing what fights against this idiocy is capitalism, and nothing else. The freedom you still have, the money you still earn is a result of the outperformed criminals by capitalism.

Yet, most of the people fighting against this, making more people to die and forcing the rest to be more slaves.