This is a short, high-level overview of hybrid peer-to-peer networks that expands on the ideas introduced in the post Technologies for Democratizing Power.

The design of the modern web follows a centralized client-server model that resembles the hub-and-spoke of a bicycle wheel in its architecture. This architecture contrasts against fully distributed networks such as BitTorrent or IPFS. This classic image is frequently used to illustrate the difference: 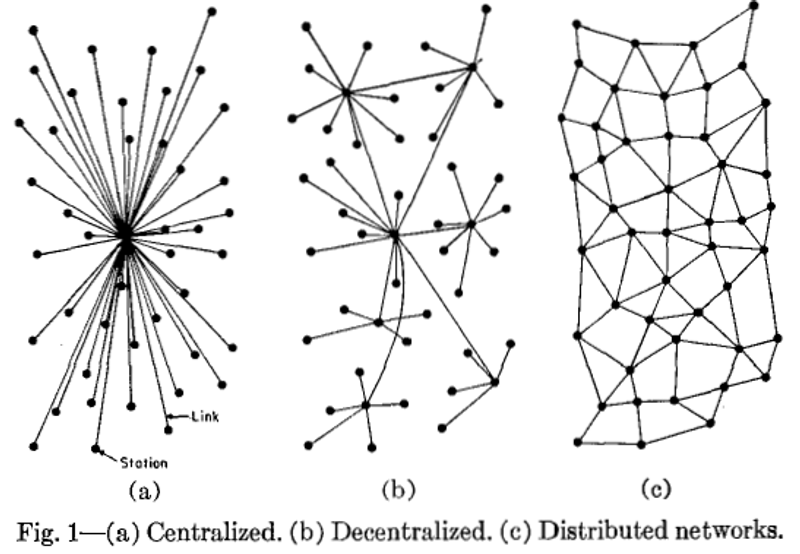 Centralized and distributed networks are often pitted against one another as the antithesis of each other. But cutting-edge network technology is showing that the best of both networks can be harnessed into a hybrid network. The faulty assumption when discussing distributed networks is that all nodes are created equal, when in fact, they function best when redundant but specialized nodes are evenly distributed throughout the network.

Consider the relationship of Client, Server, and Mirror nodes introduced in my last post: 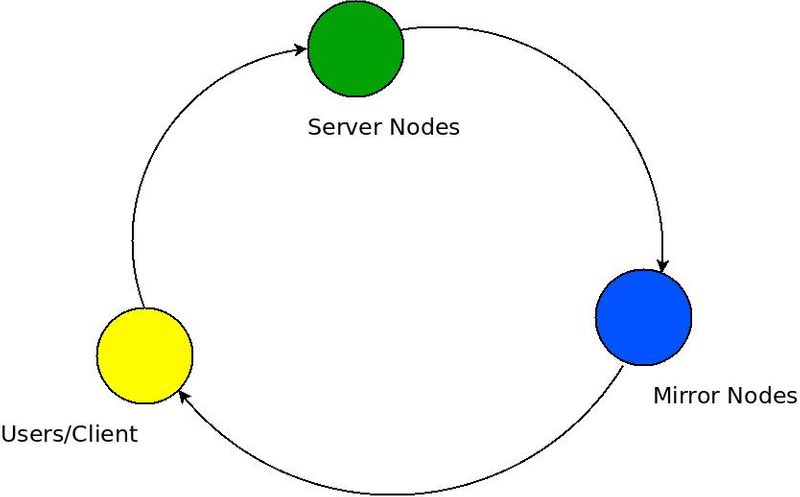 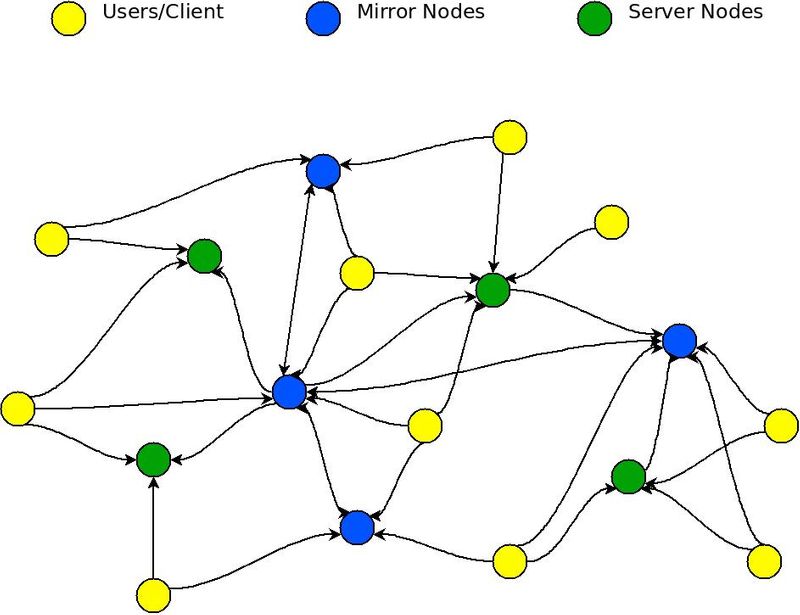 By dividing up network functions and aligning incentives, the best features of centralized and distributed networks can be achieved, while mitigating the downsides of each. The roles described here are a powerful combination to achieve censorship resistance while preserving the low-friction user experience of centralized networks.